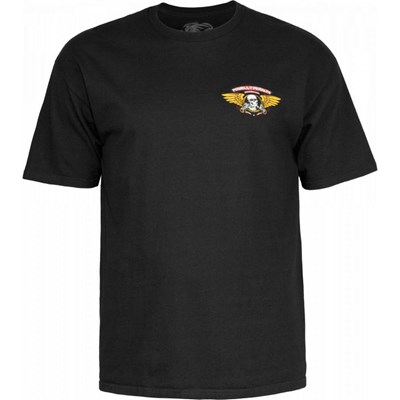 The Winged Ripper graphic was created by artist V.C. Johnson in 1986. Originally it was used as the 1986 Bones Brigade Summer Tour graphic on T-shirts and stickers. Later the graphic was redesigned and used as the top graphic on decks replacing the Oval Dragon. The "XT" refers to Extra Tough Bonite construction, which was later changed to "7-P" When Bonite construction was discontinued.