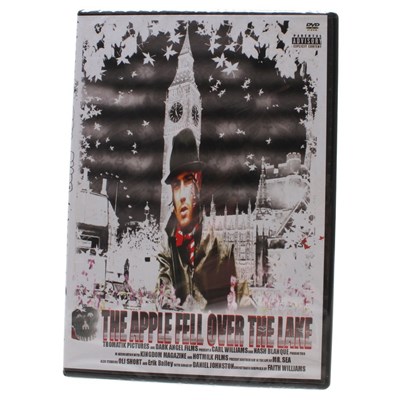 The Apple Fell Over The Lake DVD

"As seen in 'The Apple' Mr. Sea has finally decided it's time to give up the lifestyle known as rollerblading. He decides to go live in England for a bit to attempt to start a new life for himself without blading. However before he gives up completely he decides to have one last day of bloody murder. He is joined in his final session by legendary British ripper Oliver Short. They attack the streets early in the morning and what started out as an average day turns not so average when Mr. Sea endures a nasty collision with a parked car. He is rendered unconscious and enters a dream that will change his life forever.