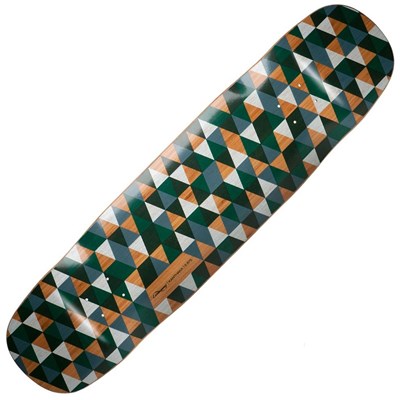 The story of the Kanthaka is rooted in happenstance, revelation, and serendipity.

A variety of new profiles were considered for the redesign of the Ceviche. Prototypes were tested modifications to several aspects of the board were made. As shapes became more refined and more time was spent riding the boards and exploring a spectrum of skating styles and applications, Loaded came to a crossroad in the project. On one hand the board was meant to be the next step in the evolution of the Fish and Ceviche genealogy: a pumpable, agile, and trick capable city commuter with just the right amount of lively flex. On the other hand, the creation of a board that was stiffer and more aggressive to instil confidence for a wider variety of riding styles was also wanted. After some deliberation, the performance characteristics that Loaded were after, would be best divided amongst two separate boards. The first of these boards is the Kanthaka; the other will poke its head out from the shadows soon enough.