An interview with Death

We asked Nick Zorlac, the man with the plan behind UK supercompany Death Skateboards, a few questions. 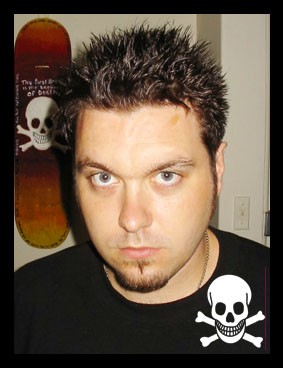 NZ: Was hypnotised by skateboarding just over 3 decades ago. Death has been going for about half of that time.

NZ: Death Rob Smith deck, Death 53mm wheels, Death bearings, the old Fury trucks that turn fast. Well that's one of them, I have a cruiser too with soft wheels on it that Zarosh shaped. And a joke longboard that we made for an April fools advert, it's the longest longboard in the world! Takes 2 people to pick up and you can actually skate it, it's fun but hard to stop.

KS: Getting down to it: Is skateboarding still dead?

NZ: Haha that's why I called it Death! If 'they' say so then yeah, course it is! You see what you want to see.

KS: You've got a great team of very diverse riders, what do you think separates your team from a lot of other company's 'list of people we sponsor'?

NZ: Not a huge amount if you look at them individually, you could place each rider with a certain brand. But the amount of diversity on one company I think is what makes it unusual. We all have something in common though, we all want to skate and have a laugh.

KS: What do you think of the way skateboarding is going at the moment, in terms of Street League, Berrics, Money Cup etc. Are these contests representative of what [you believe] skateboarding is about?

NZ: They represent one side of skateboarding yes. But the beauty of skateboarding is that there are so many versions of it. Watch one of our videos or edits and you'll see that its a million miles from all that stuff.But I got nothing against it. Especially if it introduces skateboarding to a generation. It's nice that those guys who place in those comps can make some good money. They deserve it.

KS: Getting quite deep there, let's pull it back a bit. Fan of Marmite?

KS: What's the best thing about skateboarding to you?

NZ: Its an Escape from Boredom.

NZ: Thanks to everyone who has helped out, you know who you are. And thanks for supporting skater owned brands.